CRISTA Senior Living is home to seniors 55 and older, with two campuses located in the Puget Sound area, customized to suit your lifestyle. Cristwood, our Shoreline campus, is a Christian Life Plan Community, with apartment living options for independent lifestyles, assisted living, and memory care. Crista Shores, our Silverdale campus, offers apartment living options for an independent lifestyle and assisted living on the waterfront setting.

Senior Living has been part of King’s Garden/CRISTA since its earliest days. In 1948, founder Mike Martin negotiated with the King County Board of Commissioners to lease the former Firlands Tuberculosis Sanatorium grounds for use in his ministry to teens from broken homes. As a condition of the lease, the county required King’s Garden to establish a “rest home” in order to help support the ministry while meeting the county’s need for senior housing.

Senior Ministries was formally established in 1950 when King’s Garden was granted a license for 20 patient beds. One of the existing Firlands buildings became the first home for senior residents in what would grow to become CRISTA Senior Living. By 1956, the number of licensed beds had grown to 98, and Senior Living introduced the concept of levels of care.

In 1969, Senior Living planned an expansion to accommodate 225 licensed nursing beds and seven distinct levels of health care. By 1974, three new buildings had been constructed, including a new Nursing Care Center. In 1975, the original “rest home” building was renovated into 30 studio apartments and renamed the Ambassador Building.

Cristwood Park opened in 1984 with 199 independent apartments. The Good Samaritan Fund, a benevolent fund which assists residents who have outlived their resources, was also established in 1984. Over the past thirty-three years, the Good Sam Fund has provided over $2.5 million in confidential assistance to qualified residents.

CRISTA’s first off-campus expansion of its ministry to seniors was initiated in 1992 when the Board approved the purchase of an 8.5-acre waterfront site in Silverdale, Washington. The new facility, named Crista Shores, was completed in 1994 and features 98 independent living apartments and 59 assisted living units. 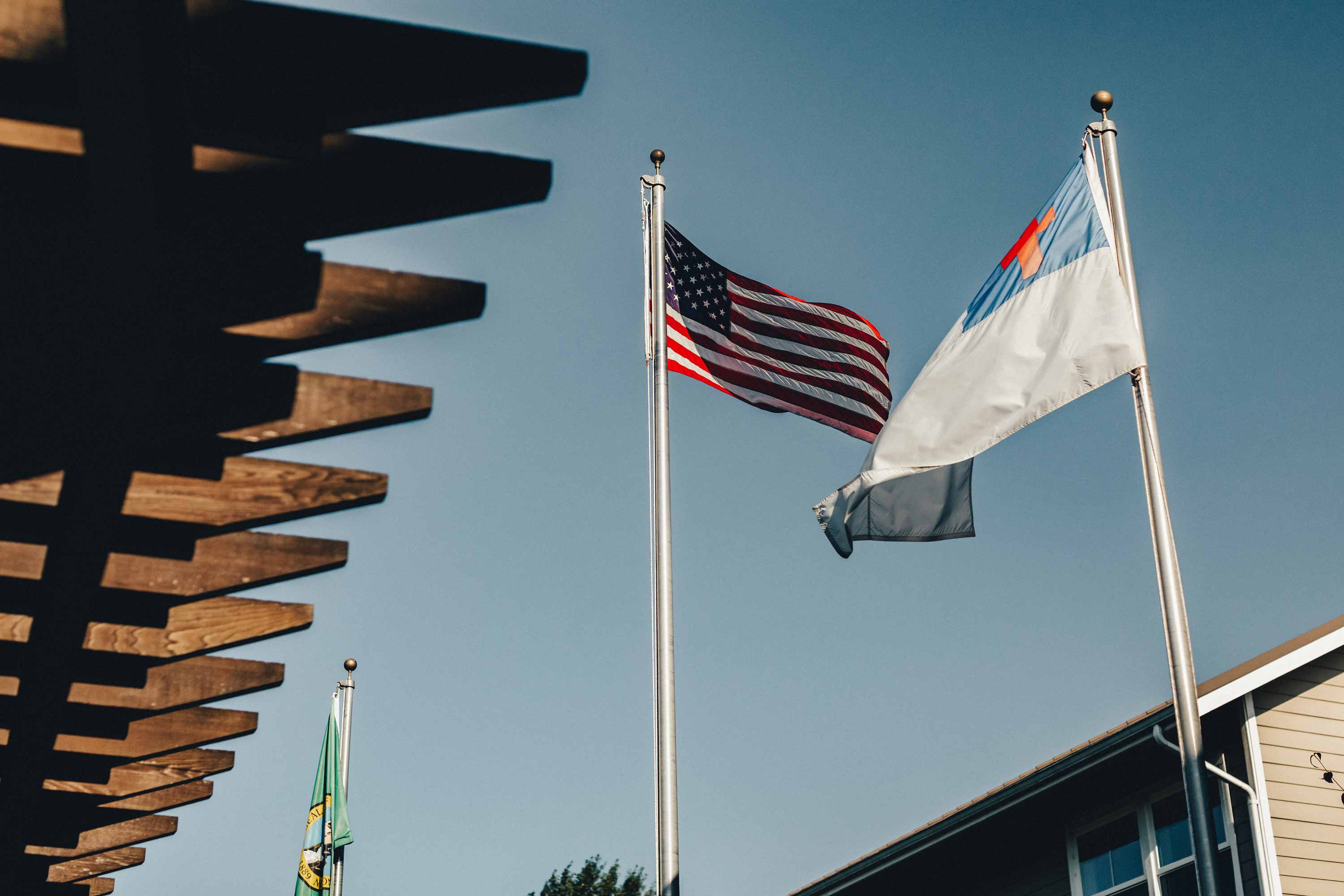 At CRISTA Senior Living, we firmly believe our duty as a Christian senior living organization transcends the simple provision of a place to live. Every resident at our Silverdale, WA and Shoreline, WA locations deserves a safe, vibrant and attentive environment that they are proud to call home. People often do not realize what an exciting and invigorating chapter senior living can be in a setting such as a CRISTA community, and we are grateful to provide an experience that goes beyond the norm. The combination of our faith-based values and experience in senior living allow us to foster a community setting unlike any other.

What People Are Saying …

I would like to commend Cristwood Park staff on their efforts to protect themselves and their residents from COVID. It’s been a concern of ours since last March and we have been relieved to see so few cases in the Cristwood Park community. I would like to thank the staff and leadership for their diligence in maintaining good protocols throughout this pandemic.

CRISTA has been a warm, friendly atmosphere to be a part of these past two years. It encourages friendships that encourage a pleasant living environment.

Exceptional personalized holistic care. Helps keep Mom’s mind active and she flourishes with the nurturing care. Especially of value currently given the COVID restrictions. We are genuinely pleased with our mom's care.

Thinking back on all the great care you and your team have given her at CRISTA, we thank you for all that. I am sure it made a difference in the quality of her life.

I appreciate the personal relationship I have with the staff and the good communication they give me.

I am so stunned by all the amazing people who live at CRISTA. The depth of their stories, their experiences are so powerful. They are fascinating and I learn something new every day! Such a wealth of intellect, experiences, and fun loving people. I love living here.

Request more info, schedule a tour, or connect with our expert staff to learn more about CRISTA Senior Living.

If you are looking for information on employment opportunities with CRISTA Senior Living, you can find out more on our Careers page.

For marketing and sales inquires, please contact our team at marketing@cristaseniors.com.